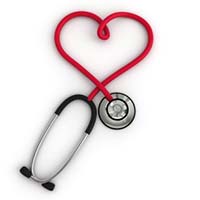 On October 25, 2016, the world became a bit more somber. Jane L. Perry, 90, passed away. She began her life on Springfield Vermont on January 16, 1926 as Martha Jane Laffin. She described her childhood as ‘enchanted’.

She graduated from Russell Sage College in 1948 with her BSN and worked at Massachusetts General Hospital until she married John M. Perry, a childhood sweetheart, on September 3, 1949. Although she never worked officially as a nurse after she married, she always identified “I am a nurse” and kept her license current until 1979. She volunteered at the Virginia Tech YMCA and Cranwell Center and greatly enjoyed international students at Virginia Tech.

She and John were formidable duplicate bridge players for over 60 years and especially enjoyed playing for decades at the Blacksburg Rec Center and cherished the friends they met there. She loved golf, tennis, biking and white water canoeing; navigating the Rio Grande on a canoe trip at the age of 60. Her trademark was the red convertible driven all year with the top down, her shock of white hair blowing freely. She believed in laughter and fun and family.

She was predeceased by her husband; and her brother, Bobby Laffin. She is survived by her four children, John R. Perry (Joanne), Mary Esther Perry, Margaret Perry, and Thomas Perry; and four grandchildren who adored her and she them, Kevin Finity, Jonathan Finity, Leah Finity and Anna Perry. She is also survived by ‘honorary family’, Becky Shaver and Megan Shaver; and many more friends too numerous to mention. She was the last person in her generation of family, and leaves many nieces; nephews; and ‘cousins’ who adored her.

We greatly appreciated the staff of the Showalter Center at Warm Hearth Village who each showed her great affection and patience, and the nursing staff of the Arbor at the Kroontje Center. We also appreciate the services of Good Samaritan Hospice as we navigated her final journey.

The family is planning a celebration of life next summer at the family cottage in Maine. As an expression of sympathy, memorial contributions may be sent to the YMCA at Virginia Tech; these donations will be used to help support their International Programs and initiatives. YMCA at Virginia Tech, 403 Washington Street, Blacksburg, VA 24060, (540) 961-9622.