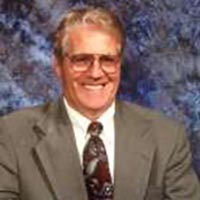 Reverend William Ray “Bobby” Perkins, 79 of Fairview Acres Pearisburg, departed this life to enter his Heavenly Home, Saturday, August 15, 2020 in the loving care of his family. Born March 21, 1941, on Guinea Mountain in Giles County, VA he was the son of the late Courtland and Ollie Mae Burton Perkins.

Bobby spent his days serving his Lord. Having received a Ministerial Degree from Duke University, Bobby pastored in the United Methodist Church for 28 years. By trade he also served the people through being an electrician and Auto transmission repairs. One of his greatest accomplishments in life was when he married his sweetheart, Bettie Albert Perkins 55 years ago.

Bobby was preceded in death by his parents; and a brother, Roger Perkins.

The family wish to hold a private service at a later date. Online condolences may be sent by visiting www.kendallfuneralhome.com. The staff of Kendall Funeral Home are honored to be serving the Perkins family.