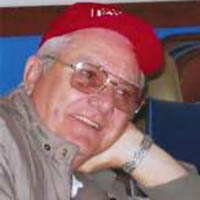 James Walter Perkins, 75, of Staffordsville, departed this life, Saturday, November 9, 2019 at his home. He was born in Giles County on July 5, 1944 a son of the late Edward and Dolly Burton Perkins. He was also preceded in death by his sister Dorothy Perkins.

He was employed by the Giles County School Board until his retirement. He loved Westerns and bringing a smile to those who waited on him during his illness. He loved and cherished his grandchildren and great-grandchildren..

He is survived by his wife, Judy K. Sadler Perkins, with whom he celebrated their 55th Wedding Anniversary on November 6; his son and daughter-in-law Darrell and Donna Perkins of Pearisburg; his daughter and son-in-law Shelia and Allen Bouldin of Staffordsville; six grandchildren and eight great-grandchildren; his brothers Elwoold Perkins, Jack and wife Ella Perkins and his sister Sylvia Perkins all of Pearisburg.

Funeral services will be conducted Tuesday, November 12, at 2:00 pm in the Kendall Funeral Home, 605 Snidow St., Pembroke, with burial following in Sunrise Cemetery, Broad Hollow, Pearisburg. The family will receive friends at the funeral home Monday evening from 6 pm until 8 pm. Online condolences may be sent by visiting kendallfuneralhome.com.