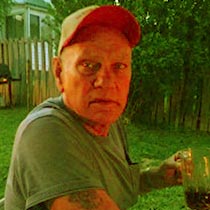 Gary Eugene Perkins, 69 of Pearisburg, VA went to be with the Lord on February 21, 2018 at Carilion Roanoke Memorial Hospital. Mr. Perkins was born on November 11, 1948 in Pearisburg and was a son of the late Vernon Eugene Perkins and Nadine Clara Woods Perkins.

Besides his parents, he was preceded in death by his two brothers, James Perkins and Phillip Wayne Perkins and one sister, Hazel Ann Perkins Stephens.

Mr. Perkins was a United States Army Vietnam Veteran. He was also a loyal member of the Pearisburg Moose Lodge # 1338. He loved life and enjoyed the company of his family and friends.

Funeral services will be conducted Monday, February 26, 2018 at 1pm at the Givens Funeral Chapel with Charles Henderson officiating with burial following in the Birchlawn Burial Park in Pearisburg. The family will receive friends at the Givens Funeral Home one hour before the service. Full military honors will givens by the United States Army Honor Guard and the VFW and American Legion.

The family request that memorial donations be made to help with the funeral expenses.