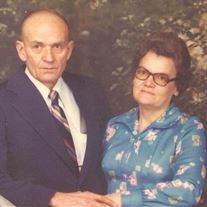 Online condolences may be left by visiting www.hornefuneralservice.com.