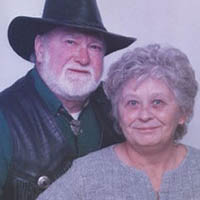 Bobby Ray Perdue, 72 of Narrows passed away Wednesday, October 1st, 2014. A lifelong resident of Giles County, he was born on December 2nd, 1941, and was the son of the late William and Sallie Davis Perdue. In addition to his mother and father, he was preceded in death by a son, Kelly Ray Perdue; a brother, Kelly Lawrence Perdue; and a sister Kay Perdue Hale.

Bobby was a U.S. Army Vietnam War veteran and a retired employee of Celanese Acetate in Narrows with 22 years of service. He loved fishing, hunting and riding through the mountains. While he was a hard man to love, he lived life on his terms, but loved his family deeply.

Funeral services will be held Saturday, October 4th, 2014 at 1 PM in the Chapel of Riffe’s Funeral Service in Narrows. Burial will follow in Fairview Cemetery with graveside rites conducted by VFW Post #6000 of Narrows, and American Legion Posts #68 of Narrows, #311 of Pembroke, and #145 of Peterstown. The family will receive friends at Riffe’s Funeral Service Friday from 6 to 8 PM. The family requests that those sending memorial contributions, please consider the Virginia Wounded Warrior Program; 900 East Main Street, 6th Floor-West Wing, Richmond, VA 23219