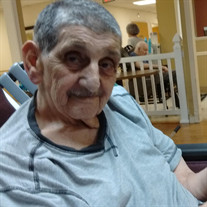 Joseph Anthony Pennella, 89, passed away on March 31, 2018 at Heritage Hall of Blacksburg, VA, due to complications from a stroke 3 years ago.

He graduated from Chapman Technical High School in 1947 and thereafter graduated from Mitchell College. Joe served in the Army as a Sergent Medic. After his service in the Army he worked at Norden Aircraft with submarines, Conde Nast Publishers, Scalzi Paint, Brandmans Paints & Publix. While living in Connecticut, he worked with the youth group at Grace Evangelical Church. Joe enjoyed woodworking and drawing in his spare time.

A Memorial Service will be held on Friday, April 20, 2018, at 7 p.m. at Horne Funeral Home. The family will receive friends one hour prior to the service.