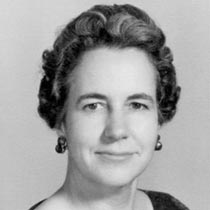 “In the midst of winter, I finally learned that there was in me an invincible summer.” ~Albert Camus | Mary Robeson Pendleton, a centenarian resident of Blacksburg, died peacefully in her home on Thursday, June 23, 2016, surrounded by family.

Best known as a long-time math teacher and guidance counselor at Blacksburg High School, she will be remembered for her zest for learning and travel, commitment to her children and students, boundless sense of humor, life-long love of music, invincible spirit, strong faith, devotion to her BYKOTA Sunday school class, and passion for family history. A true Southern lady of the Greatest Generation, she loved Blacksburg and always returned here to her family roots.

Mary was born on August 29, 1915 on the VPI campus to Frank Leigh and Mary Matthews Robeson. She grew up in Blacksburg, studied at Tech for three years, then completed her bachelor’s degree at State Teachers College (now Longwood University) in Farmville.After beginning a career in teaching, in 1939 she married VPI graduate John D. Wood, 2nd Lt. United States Coast Artillery, and accompanied him to the Philippines for initially a two-year military deployment. Daughter Ann was born on the island of Corregidor. In early 1941 the War Department sent mother and daughter home to Virginia, while John remained behind to face the brewing conflict in the Pacific. Following Pearl Harbor and the invasion of the Philippines, he was taken prisoner. In 1945 Mary received news that John had perished aboard an unmarked prisoner transport, which was torpedoed en route to Japan.

After the war, Mary married John D. Pendleton while they were both teaching at VPI. Over the next 30 years she raised a family and resumed her career as teacher and guidance counselor at Blacksburg High School. John was a member of the Agronomy Department at Tech until his retirement in 1977; he preceded her in death in 1994, as did baby daughter Sara Burgess in 1951.

Mary is survived by younger sisters, Martha Robeson of Blacksburg, Amy Sjogren of Locust Grove; and brother, Andrew Robeson and his wife Jean of Blacksburg. The close-knit siblings will remember her as a fun-loving sister with unfailing wit, a generous and compassionate companion through life’s journey, a model of graceful aging, a loyal Hokie and a thoroughly passable bridge partner. An older sister, Helen Robeson, preceded her in death in 2000.

The family will receive visitors at 207 Otey Street, Blacksburg, on Sunday, June 26, 2016 from 1 to 3 p.m. A memorial service and reception will be held at Blacksburg Baptist Church on Monday, June 27, 2016 from 3 to 5 p.m. Burial at Westview Cemetery will be private.

In lieu of flowers, please consider a contribution to Feed the Children or to the John and Mary Pendleton Scholarship Fund at Virginia Tech.