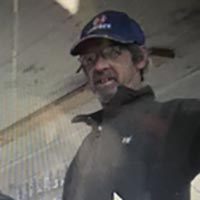 Bruce Edward Peckham, 63, of Pulaski, died Wednesday, March 18, 2020. He was born on August 17, 1956 in Middleboro, Massachusetts, and was the son of the late Edna Churchill Peckham and James Harrison Peckham.

Bruce was an expert carpenter, a trade he learned from his father and passed onto his son, Bruce II. He relocated to Pulaski in 2009 and was passionate about rebuilding and beautifying the town. He enjoyed spending time outdoors with his family and his dogs.

Bruce was preceded in death by his son Robert Reilly. He is survived by his beloved wife, Pamela Peckham of Pulaski: daughter and daughter-in-law Amanda Peckham and Kate Wallace of Tennessee: son and daughter-in-law Bruce Peckham II and Kayla Horne of Pulaski: sister and brother-in-law Joyce and Steve Cleverly of Massachusetts, and several grandchildren. We will always carry your memory in our hearts.