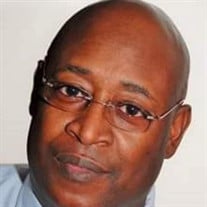 Olen Eugene “Gene” Pearson passed away unexpectedly on Friday, July 16, 2021 in Christiansburg, VA at the age of 56. Eugene was born October 13, 1964 in Austin Texas to Olen & Ada Frances (Gibson) Pearson.

He was a 1983 graduate of A. N. McCallum High School as a star basketball player and member of the band, playing trombone and tuba. Eugene was a gifted and talented musician teaching himself to play many other instruments including guitar, keyboard and bass. After graduation, he joined the Army where he was part of the team that captured Noriega in Panama and later became a Trainer at the National Training Center in Ft. Irwin, California. Afterward, he returned to Austin and married his first wife, with whom he had two daughters and one stepdaughter. His love for music extended far beyond high school where he played with well-known local bands focusing on his natural talent as a bass player. He loved his girls and he loved playing his bass guitar.

Later in life, Eugene met and married the love of his life, Deborah Bryson in Austin, Texas in 2005. They eventually moved to Virginia with the girls and settled into Christiansburg to be near her family. Eugene worked for Radford Arsenal for ten years as a chief operator. In recent years Eugene poured his heart into providing, loving and caring for his family. He devoted all of his time caring for his wife until she lost her battle with cancer in 2019. As of recently he dedicated his time and energy in taking care of his brother-in-law, and helping with his grandchildren. Family really meant the world to him, and he displayed that love every single day. He had a passion for cooking, and loved to make lasagna and smoke briskets! Through everything he continued doing the thing he loved, which was playing his bass guitar. He could really “thump” that bass! He would spend countless hours playing for personal pleasure, teaching others his gift, and rehearsing for gigs. He will be remembered for his infamous funny quotes, talent for playing his guitar, and his dedication to everyone he loved and cared for.