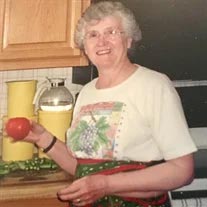 Joanne Miller Pearson, 78, of Blacksburg, Va., passed away on Friday, May 15, 2020 at the Palliative Care Unit, Carilion, Roanoke Memorial Hospital. Joanne M. Pearson was born on April 22, 1942, in Worcester, Mass. to John C. Miller and Laola S. Miller. She was preceded in death by her parents.

In lieu of flowers, memorial contributions may be made to the Montgomery Co., VA Christmas Store or to the VA Dietetic Association.