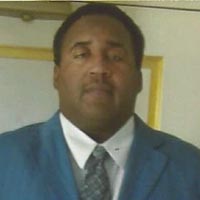 George Edward (Eddie) Pearson, II, 49 of Charlotte, formerly of Pearisburg, passed away Saturday, June 30th, 2018.He was born in Pearisburg on December 7th, 1968, and was the son of Evelyn Ford Pearson and the late George Edward Pearson, Sr. In addition to his father, he was preceded in death by his grandparents, Kenneth and Victoria Ford, and Harry and Juanita Pearson.

Eddie was a 1987 graduate of Giles High School, and attended Concord University and New River Community College. He was employed by Federal Express in Charlotte as a cargo handler. Eddie enjoyed traveling, watching college football, and spending time with his family.