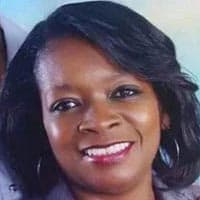 Deborah graduated from Christiansburg High School in 1982 and attended New River Community College in Dublin, Va. After a year of college Deborah decided to go into the United States Army and was stationed in Fort Bragg, NC. Following her years served, she eventually moved to Austin, TX, where she met and married her husband Olen Eugene Pearson on September 10th, 2005.

Deborah has always had a passion for kids. She has over 15 years of educational experience. Deborah was employed by Austin State and Austin Public Schools, until she and her family moved back to Christiansburg in 2007. At that point she was hired as an Instructional Aide teacher by Christiansburg High School. She has been a faithful and active member of Schaeffer Memorial Baptist Church under the leadership of Reverend Lee Suggs, Sr. While a member at Schaeffer she has served as President and Vice President of the Usher board. She also was a member of the SMBC Gospel Chorus in her younger years.

Deborah was very active in the New River Valley. She was member of the Virginia Education Association where members work towards the betterment of public education in the Commonwealth. Christiansburg Ruritan Club is another community organization where she actively served. She worked on the Public Services and Citizenship and Patriotism Committees. She participated in fundraising events to raise money for the Christiansburg Ruritan Scholarship Fund.

Deborah was passionate about the kids she taught, loving and encouraging them to become their best selves. Deborah will be remembered for her love of high heel shoes, an infectious bright smile and her reflection of God that she displayed to those whom she came in contact with. She did this by being a supportive, loving and caring spirit.