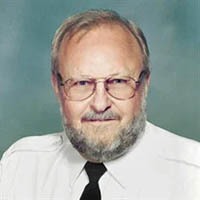 Thomas Monroe Pearman III, 75, of Shawsville passed peacefully in his sleep on August 1. Tom was a hard man to understand but an easy guy to love.

He had — in his mind — a very ordinary life, which included breaking broncos, riding bulls, racing motorcycles, and putting himself through college at Virginia Tech while working night shift and helping to raise a baby boy. He will perhaps be most remembered as an educator who, after teaching for more than 20 years in Roanoke City Schools, went on to create the aeronautics program for the Roanoke City Magnet School where he taught many young men and women to fly. The only thing he ever failed at was retirement, working up until the end — complaining and loving every minute of it.

He is survived by his wife Martha, son Tony and his wife Amy, and grandchildren Alex and Gabe. Also, by amazing sisters on both sides of the family: Nell, Alice, Debbie, Peggy, and Lisa as well as their husbands, children, and siblings too numerous to name. All were very loved by Tom, notably Frankie whom he cared for as his own.

If you knew Tom, it will surprise you very little that he made us swear to not spend time with a service or tombstone. He will be returned gracefully into the woods that he loved and to the winds in which he soars once again. In lieu of flowers, the family asks that those who wish may donate in his name to the American Cancer Society or the American Liver Foundation.