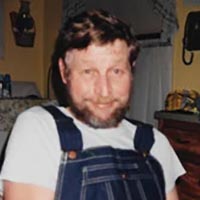 James (Jim) Arthur Payne, age 65 died Tuesday, October 20, 2020 at Roanoke Memorial Hospital. He was born in Christiansburg, VA on October 22, 1954 to the late John and Mary Helen Payne. He was also preceded in death by his brother-in-law, Mack (Whitey) Compton.

Many thanks to Salem V.A. Medical Center Hospital for his care over the years.

Services will be conducted Thursday, October 29, 2020 at 6:00 PM in the McCoy Funeral Home Chapel with a visitation starting at 5:00 until the service.

In lieu of flowers a memorial contribution may be made to a charity of your choice.