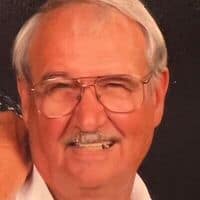 On April 2, 2022 Franklin Edison Patton of Bennettsville, SC departed this life for his heavenly home. He is now healed from the disease that took away all the things he enjoyed. 2 Timothy 4:7-8 “I have fought the good fight, I have finished the race, I have kept the faith. Now there is store for me the crown of righteousness.”

Frank was born July 5, 1935, one of 10 children. His parents, Arthur and Susie Bartlett Patton, raised their family on the banks of the New River in Grayson County (Galax), Virginia.

The Patton family is well known for their gift of music and their love for sharing gospel music. Frank was blessed with a beautiful baritone voice and as a young man sang with “The Patton Quartet”, established by his dad and also “The Songmasters”. After his retirement from the U.S. Postal Service, he began singing and traveling with “The Virginians”, a southern gospel quartet in Roanoke, Virginia. Frank was a proud veteran of the U.S. Army, serving in the Korean War. He loved college sports especially Virginia and Virginia Tech where his children graduated. He was a master woodworker and also enjoyed playing golf.

Frank’s first wife, Deanna Vaughan Patton and their daughter, Valerie Southers, both preceded him in death. He was also preceded in death by his parents, sisters Wilma, Mary, Odell, Barbara, Nell and brother Cliff.

Services will be held at 1:45 PM – Monday, May 2, 2022 at the Bower Funeral Home-Chapel, Pulaski. The family will receive friends one hour before service time Monday at the Funeral Home.

Burial will follow at the Southwest Virginia Veterans Cemetery, Dublin. In lieu of flowers donations can be made in Frank’s memory to the Hillsville Lions Club, P.O. Box 122, Hillsville, VA 24343.