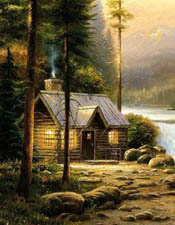 Burlin Lee Patton, age 77, of Floyd, passed away Saturday, May 24, 2014. He is survived by two daughters and spouse, Lorrie and Mike Johnson and Wendy Jones; two grandsons, Travis Anders and Josh Anders; one granddaughter, Sydney Jones; two great grandchildren, Annaeliese Anders and Xander Anders; brothers and sister Harry Patton, Louie Patton and Barbara Mayberry. In honoring Mr. Patton’s request, there will be no memorial services conducted. Arrangements are being handled by Gardner Funeral Home, Floyd, Va. (540) 745-2007. Online condolences may be made to the family at www.gardnerfuneralhomefloyd.com.