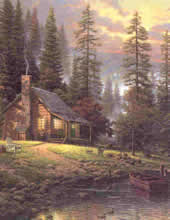 Harold Dean Patrick, 65, of Radford, passed away on Saturday, February 8, 2014, at his home. He was born in North Carolina on December 18, 1948 to the late Charlie Edward and Prudie Patrick. He was preceded in death by his two brothers, Eddie and Tom Patrick and a sister, Wilma Dare. He is survived by his loving sister, Marie “Snookie” (Danny) Sowers; and numerous nieces and nephews. The family will receive friends from 5 to 7 p.m. at DeVilbiss Funeral Home on Monday, February 10, 2014. Interment will follow at a later date at the Bethany Cemetery in West Jefferson, N.C. and will be private. DeVilbiss Funeral Home in Radford, Va. is in charge of arrangements.