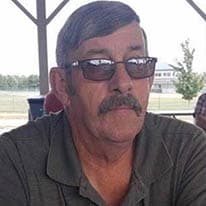 Daniel Eugene Parker, age 70 of Pulaski, died Thursday, February 10, 2022 at Lewis Gale Medical Center in Salem. He was born in New Hall, West Virginia on March 3, 1951, and was the son of the late Vernie Hicks Parker and Riley Parker. He was retired from Radford Army Ammunition Plant.

In addition to his parents, he was preceded in death by: his wife, Diana Marie Parker, a brother; Billy Parker, and a granddaughter; Sylvia Parker. He is survived by his daughter: Ashley Wilson Hunt and her husband Daniel of Botetourt County: a son; Ronald Eugene Parker and his wife Sharon of Pulaski: a brother; Randy (Carol) Darrell Parker of Radford. He is also survived by one grandchildren: Chaley Diana Wilson,

Funeral services will be held Thursday, February 17, 2022 at 2:00 p.m. at Seagle Funeral Home. Interment will follow in Thornspring Cemetery. The family will receive friends on Wednesday evening from 6:00 p.m. until 8:00 p.m. at the funeral home.

Flowers are accepted, but for those who wish, they may make memorial contributions in his memory to the American Cancer Society. Online condolences may be sent to the family by visiting www.seaglefuneralhome.com Arrangements by Seagle Funeral Home, Pulaski. 540-980-1700