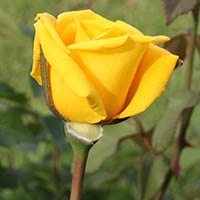 Mrs. Pandapas was an extraordinary homemaker, decorating and furnishing 11 homes in Narrows and Blacksburg over the years. Anne loved to sew, knit, crochet, embroider and quilt, and she enjoyed the flowers around her homes, especially the roses grown by her husband and those grown at her Draper Road home by the ladies of Blacksburg Christian Fellowship.

Anne was well-known for her gifts of hospitality and cooking. When she was young, one of her great-grandchildren requested “seven twisties,” a specialty of hers, and it became a family tradition to always request seven of this favorite Greek cookie. Her many friends and neighbors received special packages of Baklava and Peanut Brittle at Christmas time.

Mrs. Pandapas was a member of Blacksburg Christian Fellowship, Beta Sigma Phi, several garden and bridge clubs. When her children were young, she taught Sunday School and was a Brownie Troop leader. Anne Pandapas will be remembered for her generosity, sincerity, service to others and love of her family and friends.

There will be no funeral. She has donated her body to the State of Virginia for medical research after which the remains will be cremated. The family wishes to thank her many friends for their cards, letters, prayers and friendship. We are grateful to the staffs of Heritage Hall and Montgomery Regional Hospital for their tender, compassionate care of our Mother, especially Drs. Michael Payne and Jose Rivero.

The family requests no flowers. Memorial contributions may be made to the Pandapas Memorial Fund, which will assist in improvements to Pandapas Pond, in care of National Bank of Blacksburg, 100 South Main Street, Blacksburg, VA 24060. The family will receive friends from 4 to 6 p.m. Tuesday, December 4, 2007 at the residence, 1009 Draper Road, Blacksburg, Virginia.