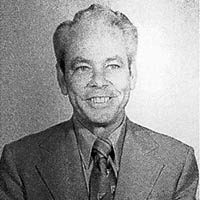 James was a veteran having served in the United States Army in Japan. James retired from Kroger as a store manager in 1982 and fully enjoyed his retirement. He was an avid fisherman and enthusiastic football fan.

Funeral Services will be held at 1 p.m. on Thursday, January 23, 2014, from the Stevens Funeral Home Chapel with the Rev. George Higgins officiating. The family will receive friends from 11 a.m. until the service hour from the funeral home. Burial will follow the service in Highland Memory Gardens, Dublin with VFW Post #1184 conducting Military Graveside Rites.