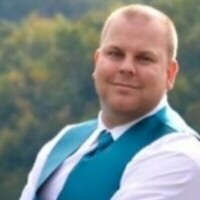 Sergeant Arthur Woodrow Palmer III “Woody”, 38 of Narrows, VA departed this life July 5, 2021 at his home. Born August 25, 1982, in Montgomery County, he is a son of Arthur Palmer II and Ellen McGuire Harris.

Woody was known as one of the good guys. He lived his life in service to his community as a Sargent at the New River Valley Regional Jail. He was known to take pride in training those under his wing. His most important service was to be Daddy to his daughter, Aleah Palmer.

The staff of Kendall Funeral Home are honored to be serving the Palmer family.