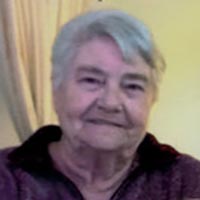 Josie Ovida Pagan, age 81 of Pulaski died Wednesday November 16, 2016 at Pulaski Health and Rehabilitation Center. She was born on February 12, 1934 in Sugar Grove, Virginia and was the daughter of the late Elizabeth Williams Bullins and William Feldon Bullins.

She was a member of the Wesley Memorial United Methodist Church. In addition to her parents, she was preceded in death by her brothers Claude and James, and sisters, Louise, Shirley and Bertie.

In lieu of flowers, expressions of sympathy may be made in the form of donations to Wesley Memorial United Methodist Church % Rev. Teresa Tolbert 5897 Alum Spring Road Pulaski, VA 24301.