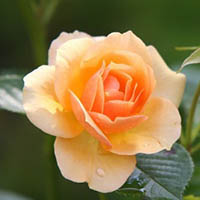 Brenda Foley Paczkowski passed away peacefully on November 28, 2021, after a short illness, surrounded by her family. She was born on March 20, 1950, in Pulaski, VA alongside her identical twin sister Linda to Carl and June Foley.

After graduating from Pulaski High School, she attended Stuart Hospital School of Nursing in Richmond, VA. This is where she met her husband Steve Paczkowski and were married for 53 years.

She would say her greatest accomplishment was her daughter, Christina, who became her best friend and was the pride and joy of her life. She and Steve raised Christina in North Carolina and later moved to Richmond, VA

Brenda worked for a non-profit organization, who helped children all over the world. She traveled to Nairobi, Kenya with her work to see firsthand how the organization was helping the children.

One of her most treasured moments was traveling to meet the cousins for girl time in Arizona. There were many after that with all or some of the cousins all around the country. Brenda would say that the dinners and surprises that her daughter, Christina and Linda’s daughters, Valerie and Michelle always sprung on them were the most cherished.

Brenda was preceded in death by parents Carl C. and June K. Foley.

She is survived by her devoted and beloved husband Steve Paczkowski. Their daughter Christina P. Fitzgibbons, her husband Derek, and his fraternal twins Kaitie and Patrick of Richmond, VA.

She leaves behind her identical twin sister, Linda F. Haga, her husband George Haga and their daughters Valerie and Michelle Haga, all of Richmond, VA.

Also leaving behind her brother Bob Foley, his wife Diedre of Pulaski, VA. Their son Chuck Foley and his new family of Radford, VA.

Many special cousins are left mourning her sudden and unexpected death.

Brenda’s wish to be cremated was honored. The family has made no decisions on services at this time due to the sudden loss and concerns of gathering due to the pandemic.

Expressions of sympathy can be made to the charity of your choice and condolences can be made at Brenda Paczkowski Obituary (virginiacremate.com).