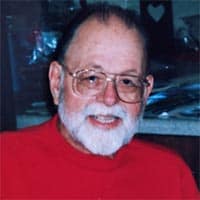 Jay Baker Ousey, of Blacksburg and Hopewell, Virginia, 80, died on Monday, June 10, 2019 after an extended illness, in his home surrounded by his loving family.

He was born on July 18, 1938 in Los Angeles, CA, graduated from Fontana High School in Fontana, CA and received a Bachelor’s Degree from St. Leo College. He served in the U.S. Navy for nearly 23 years, retiring in 1979 as a Chief Petty Officer. He subsequently worked for and retired from the Department of Defense.

He loved photography, painting, cooking, singing in the gospel group Praises, and socializing with family and friends.

The family appreciates the loving care provided by Jay’s private caregivers, as well as Heartland Hospice, over the last year.

The family will hold a private memorial service for Jay.

In lieu of flowers, please consider donating to your favorite charity