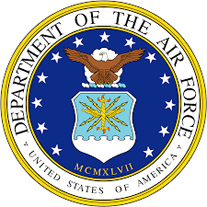 Scott Boyd Osborne, 72, of Fairmont, died on Tuesday (May 19, 2009) at Monongalia General Hospital in Morgantown. He was born on April 15, 1937, in Smith County, Va., a son of the late Arch Seymour and Lillian Etta Hoston Osborne.

Mr. Osborne proudly served his country in the United States Air Force for seven years. He was a graduate of Virginia Technical Institute. He was employed with Alcan Aluminum for 25 years as a mechanical engineer.

Scott was a member of the Elks Lodge in Clarksburg and liked to golf. He enjoyed studying foreign languages and took a Spanish class at Fairmont State University.

In addition to his parents, Scott was preceded in death by his brother, Allen Osborne; his sister, Velma Virginia Osborne White; and his brother-in-law, James Roberts.

Friends and family may call at Carpenter and Ford Funeral Home, 209 Merchant St., Fairmont today from 11 a.m. to 1 p.m.

Services will be held at the funeral home today at 1 p.m. with Pastor Skip Vincent officiating.

Online condolences may be sent to the Osborne family at Kendall Funeral Home.