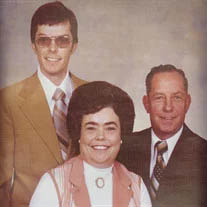 Charlie Elmer Orange, age 89, passed away on Friday, November 8, 2019 at his home in Christiansburg, VA. He was born on November 17, 1929 to the late George Leonard and Ida Bell Orange in Blacksburg, VA. He was in the Marine Corp during the Korean War 1952-1954. He retired from VA Tech, Poultry Science Department on October 1, 1991. His hobbies included gardening and old time music, as well as claw-hammer banjo playing.

He is preceded in death by his six sisters and five brothers.

There will be a funeral service held on Tuesday, November 12, 2019 at 2:00 p.m. in the Horne Funeral Home Chapel. Interment will follow at Roselawn Memorial Gardens, Christiansburg, VA