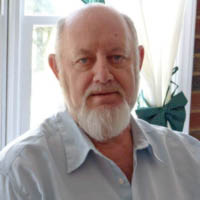 Thomas Sidney (Tommy) Oliver, age 74, of Blacksburg died Wednesday, September 4, 2019, at his home. He was born in Montgomery County, Va. on March 31, 1945 to the late Sidney Lee and Dorothy Slusser Oliver. He was also preceded in death by his brother, Freddie Lee Oliver.

He owned and operated Oliver’s Garage since 1972. Tommy was also an auto mechanic teacher at Blacksburg High School from 1989 until 2011. Tommy loved spending time with his family, working on cars, fishing, riding around with Debora, and farming especially with his father years ago.