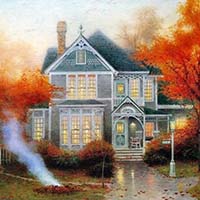 Bettie Lou Dishon O’Dell, 95, of the Snowville community, was called to her heavenly home with Jesus Christ on Friday, May 11, 2018. Born October 17, 1922, she was the daughter of the late Leonard and Mattie Mae Simpkins Dishon. Miss Bettie was also preceded in death by her husband Thomas; brothers, Kenneth and Calvin Dishon.

She is survived by sisters-in-law, Eugie and Kathleen Dishon of Dublin; nephews, Rodney Scott and wife Brenda of Snowville, Reggie Scott and wife Myrtle “Peaches” of Pulaski, Phil Scott and wife Carolyn of Botetourt County and other nieces and nephews.

Miss Bettie was a lifelong resident of Snowville. She was known to all as the hardworking, devoted wife and caregiver to Thomas. They met when working at the local canning factory and married when both were 23. Teaming together they farmed, raised vegetables and sold produce. Not long after marrying, Thomas was paralyzed in an accident and she lovingly cared for him, managed a small farm, tended the home, her beautiful flowers and large vegetable gardens. She worked tirelessly, never complaining, often saying “the Lord will not put anything on you that you can’t handle.” Her popular comment of agreement in conversation was “sure enough”. Although she and Thomas had no children, she enjoyed the mischief of the Simpkins girls, Duncan boys, Cox, O’Dell, Quesenberry, Dishon, Mills families and others in the tightly knit neighborhood community.

Raised in the beliefs of the Primitive Baptist religion, she spoke of her daily prayers, her faith in Jesus and more recently of her desire for her heavenly home. After caring for Thomas for 48 years, she lived independently until the age of 94. This was made possible by the love of the Cecil’s Chapel United Methodist Church and congregation. She had special friends and neighbors like Hazel Simpkins, who took her to doctor’s appointments, grocery shopping, sharing flowers and Hardees cheeseburgers; Brenda Edwards who checked on her frequently and brought her food and supplies; the Claytor Lake Shop-Eez staff, Helen Worrell, Selena and the late Paul Smiley, Kathleen Smith and numerous other friends and family.

Special thanks to her nephew Rodney Scott and wife Brenda. This allowed her to accept the choices she had to make about her long term care. She quickly became part of the “family” at the Pulaski Health and Rehab Center. She loved having a special friend/roommate like Mrs. Donna Williamson and her family. Many thanks to all her caregivers, especially Brittany Johnson, Tammy Houlk and the nurse administrator Terry Turner Handcock. They allowed her to live safely, comfortably and with dignity in her last days.

Miss Bettie will be missed…”Sure Enough.”

Funeral services will be held Monday May 14, 2018 at 7 p.m. from the Stevens Funeral Home Chapel. Visitation will be before the service from 5 till 7 p.m. Burial will be Tuesday at 11 a.m. in the O’Dell Cemetery, Pulaski county. Arrangements are by Stevens Funeral Home, Pulaski.