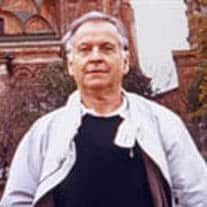 Charles grew up in Schoolfield, VA. He graduated from Schoolfield High School in 1948, and served 1948-1952 in US Naval Aviation. He attended Virginia Polytechnic Institute under the Korean War GI Bill, and received a BS in Industrial Engineering in 1956. He married Elizabeth (Betsy) Kenney on June 12, 1956 in Christ Episcopal Church, Blacksburg, VA. Betsy was his first and only serious girlfriend. He was struck by her beauty, intelligence and caring personality. After he was diagnosed with Parkinson’s Disease, Betsy became his faithful caregiver. Charles was the happy and grateful parent of two sons, Charles Jr. (Coby) born in 1959 and Christopher (Chris) born in1961. Grandson Tristan, born in 2015, was a welcomed and blessed addition.

Charles was an Elder in the Presbyterian Church and a member of numerous boards (including Thomasville Furniture Industries, NationsBank, American Red Cross, Salvation Army, United Way, Chamber of Commerce and Davidson County Community College). He was chairman of the Thomasville Community Foundation and Community Hospital Boards. He was a member of Rotary International.

Charles considered the Ut Prosim ideal Of Virginia Tech and his education there inspirations throughout his life. He was a member of the Ut Prosim Society and the College of Engineering Committee of 100. He was a past Chairman of the Industrial & Systems Engineering Advisory Board and also served on the College of Engineering Board and the German Club Alumni Foundation Board. He was a member of the COE Academy of Excellence and the ISE Academy of Distinguished Alumni. He was the recipient of ISE’s Marvin Agee Distinguished Alumni Award.

Charles was always a leader, honest, trustworthy, hardworking, wise and funny. He was an excellent speaker and was a valued advisor to many groups and many younger people. He was a wonderful husband, father, father-in-law and grandfather. He had a boundless love for his family and was as proud of the kind, successful and helpful individuals they became as they were of him. He was especially happy to become a grandfather late in life. Charles enjoyed many happy years among friends at Warm Hearth Village and the support of his Rock Steady Boxing group.

Charles’s cremains will be interred in the Virginia Tech Columbarium. There will be a memorial service at a later date.