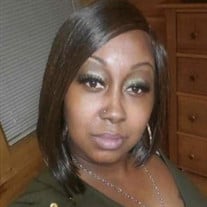 Terrah married Kareem Numan of Austin, TX on June 26th, 2008. Terrah graduated from Career Point in San Antonio, TX with a degree in Nursing. Terrah was a very passionate and spiritual person. Her passions included cooking, dancing, singing and had a big heart for kids. She loved her family and enjoyed spending time and showering them with affection. Her kids were her world and she strived to be the best mom she could be to them. Terrah was a great caretaker and helper of those in need. She will be remembered for having a huge heart, and all those around her could feel the love she reflected.