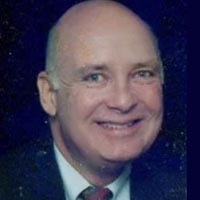 James (Jim) Franklin Noll, 77, went to be with the Lord Jesus on July 3, 2019, in Christiansburg Virginia. He is survived by his wife of 54 years, Gloria Moeser Noll; his son J. Michael Noll and wife Diane of Gainesville, Ga.; grandsons Joshua, Aaron and Stephen Noll, also of Gainesville; daughter Donna Noll Neel and husband Barry of Bluefield, VA,; grand-daughter Kim Sharp and her husband, Robert of Dublin, VA.; a son, David Noll and husband Michael R. of Denver, Co.. He is survived by sister Carol Noll Sayre of Rochester, NY; nieces Denise Sayre, Diane Haschmann and nephew Jeff Sayre also of Rochester. He is also survived by a sister Joanne Noll Winter and Jimmy Eddy of Jacksonburg, WV.; a nephew Joe Winter and his wife Ashley of Columbus, OH. He is also survived by a brother-in-law Charles Moeser and his wife Helen of Pinehurst, NC; niece Laura Moeser Kramer and her husband Scott of Columbus OH., nephew David Moeser and his wife Lola also of Columbus, OH.; and nephew Matthew Moeser of Durham, NC. He was preceded in death by his father and mother, Joseph Franklin Noll and Janet Slaven Noll.

Jim Noll was born on October 28, 1941 in Ravenswood, WV. and subsequently lived in Huntington, WV., Staunton, VA., Marion, VA. and Christiansburg, VA. He graduated from Ravenswood High School in Ravenswood WV in 1959 and then from Marshall University with a degree in Business in 1963. He was first and foremost a man who loved Jesus, a devoted husband, father and grandfather. He was a member of Triedstone Christian Center where he served faithfully as an elder, leader and teacher who had a calm spirit, a pure heart and ministered to everyone he met. He was also a man of integrity, character and loyalty who was a dedicated employee working as a purchasing agent/buyer at the Radford Arsenal and C&S Door until his retirement in 2006. He loved pool and driving through the country with Gloria.

He will be memorialized with his friends and family at a ceremony at Triedstone Christian Center on July 27th with Pastor Eric Willoughby officiating.