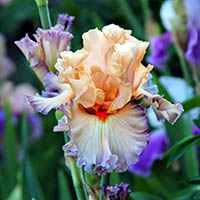 Linda Mitchell Nolen, age 75, of Floyd, passed away Thursday, November 13, 2014. She was a devoted member of the Laurel Branch Church of the Brethren and devoted wife, mother and grandmother who will be dearly missed.

Funeral services will be conducted at 10 a.m. on Saturday, November 15, 2014 at Gardner Funeral Home Chapel with Pastor Angela Carr officiating. Interment will follow in the Jacksonville Cemetery.

Friends may call after 6 p.m. on Friday, November 14, 2014 at Gardner Funeral Home where the family will be from 6 to 8 p.m. In lieu of flowers, donations may be made to the Laurel Branch Church of the Brethren Benevolence Fund c/o Robert Weeks, 3948 Floyd Highway S., Floyd, VA. 24091.

Online condolences may be sent to the family at www.gardnerfuneralhomefloyd.com. he family is being served by Gardner Funeral Home of Floyd, VA. (540) 745-2007.