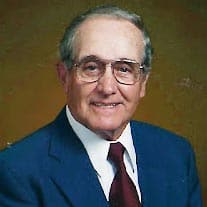 Ivan Dallas Nolen, 91 of Floyd, entered into his heavenly home on Friday, December 3, 2021. He was a beloved and cherished husband to his wife Betty of 65 years, a loving father and papa to his children, grandchildren, and great grandchildren.
Ivan was proud to be a veteran and served his country in the Korean War. He worked for 39 years at the Radford Arsenal before retiring.

Ivan loved the simple things in life. He was happiest out on the farm with the cows, on the back of a horse, or riding his tractor. He shared his love for nature and his animals with his grandchildren teaching them to ride, fish, and took them on many lizard catching adventures. His great grandchildren were blessed with rides on the four-wheeler and mule.

Ivan was the “greeter” with a big smile who welcomed everyone into his home. In his last years, Ivan blessed all those around him by sharing with them his great faith in the Lord. He was always “thankful” for his blessings, counting them up before us until his last earthly breath.

Funeral service will be held at 11:00 a.m. Tuesday, December 7, 2021 at the Maberry Funeral Home Chapel with Rev. Jeff Hudgins officiating. The family will receive friends one hour prior to the service. The interment will follow at Jacksonville Cemetery with military rights by The Army National Guard.