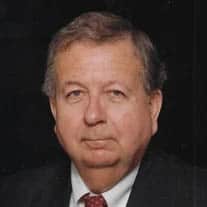 Charles Donald Noblin was born in Jackson, Mississippi in 1933 and departed this earth on December 25, 2022 at the age of 89. He left all of his worldly possessions behind and will spend eternity in the presence of his Lord and Savior Jesus Christ. At the time of his death he and his wife Alice resided in Blacksburg, Virginia.

While in graduate school he received honorable mention status in the American Institute of Research’s Creative Talent Awards program. His primary research interest was clinical and experimental psychopathology and his primary teaching interest was that of training psychology students for a career in public service. Much of his research was funded by grants from public and private agencies such as the National Institutes of Mental Health (NIMH); the Law Enforcement Assistance Administration of the United States Department of Justice; the United States Department of Health, Education, and Welfare (HEW); the United State Public Health Service (USPHS); Hoffman-La Roche Pharmaceutical Company; the Trubeck Foundation; the Virginia Alcohol Safety Action Program; and the Virginia Department of Mental Health. He is listed in Who’s Who in America; Who’s Who in the World; and Who’s Who in Science and Engineering. Of far greater importance, however, is that his name is written in the Lamb’s Book of Life.

While on the faculty of the University of North Carolina at Greensboro he served as secretary-treasurer of the North Carolina Psychological Association. As a faculty member at Rutgers Medical School he coordinated the grant for construction of a comprehensive community mental health center and established a behavioral science program for first-year medical students. During that era there was no doctoral program in clinical psychology in Virginia. Accordingly, he was recruited by Virginia Commonwealth University to move to Richmond as their Director of Clinical training for the purpose of establishing a clinical doctoral program. While at VCU he also served as the psychologist on the Commonwealth of Virginia’s first Multidisciplinary Traffic Crash Investigation Team under the aegis of the Virginia Highway Safety Division. He then moved across state to Blacksburg as Department Head at Virginia Tech where he established the state’s second doctoral program in Clinical psychology. Following eleven years at Virginia Tech, he returned to his home state of Mississippi where he joined the faculty at the University of Southern Mississippi and served as Director of Clinical Training; Director of the Psychology Clinic; Department Chair; and Professor. He retired from USM as Professor Emeritus. While at USM he was appointed by the Governor of Mississippi to a five-year term on the Mississippi Board of Psychology which is the legislatively created authority for regulating the practice of psychology in Mississippi, and served, variously as Recording Secretary, Continuing Education Coordinator, and Chair of the Board.

During the time he spent in academics, he consulted for numerous hospitals, clinics, and behavioral science projects. Prior to retirement he was licensed to practice psychology in New Jersey, North Carolina, and Mississippi; and was certified to conduct civil commitment examinations in Mississippi.

He was preceded in death by his parents Charles Thomas Noblin and Margaret Byrne Noblin and a daughter-in-law Mary Noblin. He is survived by his wife Alice Forth Noblin, two sons and daughter-in law Paul Noblin of Wilmington, NC and Mark and Sherry Noblin, one granddaughter Hope Noblin of Hattiesburg, MS; one step-son and step daughter-in-law Chris and Carri Lucas, two step-grandsons Aaron Lucas and Jacob Lucas of Blacksburg, VA.

Visitation will be Thursday, December 29th from 4:00 PM until 6:00 PM at McCoy Funeral Home with services to be conducted Friday, December 30th at 11:00 am in the Blacksburg First Church of God with Pastor Jeff Crowder officiating.

In lieu of flowers, Charles requested that memorial contributions be made to his undergraduate alma mater, Mississippi College, PO Box 4005, Clinton, Mississippi 39058 which he described as “the best and most influential academic years of my entire life.”