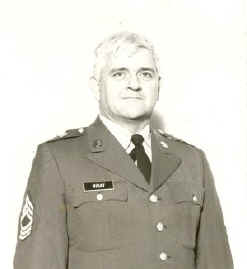 William Harvey Niday, Jr., 74, of Ripplemead, Va. went to be with the Lord on Wednesday, October 10, 2007 at Virginia Veterans Care Center in Roanoke, Va. where he had been a resident since suffering a massive stroke in September 2004.

Harve was born on October 29, 1932 in Ripplemead, Va. and was a son of the late William Harvey Niday, Sr. and Berta Anderson Niday. Besides his parents, he was preceded in death by one sister, Martha Carr; and one brother-in-law, Robert Doty.

Today a busy man has found peace and rest. Harve, the unofficial Mayor of Ripplemead, was a lifelong resident of this friendly village in Giles County, Va. Harve graduated from Pearisburg High School and attended Emory and Henry College. He was on active duty in the United States Army from 1953 to 1955, then served in the Army Reserve until 1992 attaining the rank of Sergeant Major. Harve was retired from the C & P Telephone Company. For many years he was an active private pilot and a member of the Civil Air Patrol and the Military Affiliate Radio System (MARS). He served on the Giles County and the Virginia State Planning Commissions. He was an accomplished electrician, carpenter, plumber and radioman.

Funeral services will be conducted on Saturday, October 13, 2007 at 11 a.m. at Givens Funeral Chapel in Pearisburg with the Pastor Tommy Barnes officiating with burial following in the Birchlawn Burial Park in Pearisburg. The family will receive friends at the Givens Funeral Home in Pearisburg, Friday evening, October 12, 2007 from 6 to 9 p.m. In lieu of flowers, the family requests that contributions may be made to the Edgewood United Methodist Church, 206 Magnolia Drive, Ripplemead, Va. 24150. Full military services will be conducted at the cemetery by VFW Post #600 and American Legion Post. Online condolences can be sent to the family at www.givensfuneralhome.com.