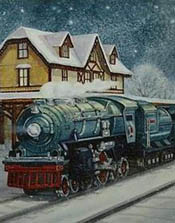 He spent his early years building the roadways of the South as CEO of Nichols Hauling Contractors. He was preceded in death by his wife, Atlas Whitlock Nichols; two brothers, Raby Nichols and Alvin Nichols.

The family offers thanks to the staff of Friendship Healthcare Center. In lieu of flowers, a donation may be made to the Alzheimers Association of Central & Western Virginia, 2728 Colonial Ave. S.W., Roanoke, Va. 24018.