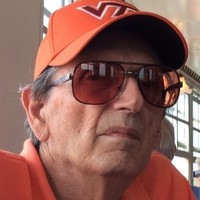 Gary “Buddy” Dalton Nicewander, 73, of Radford, passed away Thursday, March 12, 2020, at his home in Parrott. He was a U. S. Army veteran serving in Mannheim, Germany from 1966 to 1968. Gary retired from Inland Motor (Kollmorgen) after 38 years of service. He was an avid Nascar fan and a loyal Virginia Tech Football fan.

He was preceded in death by his parents, Blake and Madelyn Nicewander; brother, Blake “Took” Nicewander; and his father-in-law, Raymond Nester.

Survivors include his loving wife of 50 years, Debra Nester Nicewander; daughter and son-in-law, Terri and Jeff Hager of Belspring; grandchildren Bailey “B” and Mason Hager; sister, Fay Nicewander of Fairlawn; nieces and nephew, Rita and Mark Hogan of Mason, W. V., Mary and George Grimes of Letart, W. Va., and Robert “Bob” and Kim Nicewander of Hollidaysburg, Pa.; mother-in-law, Elsie Nester of Radford; sister-in-law, Shelby Handy also of Radford; and many other relatives and friends.

The family will receive friends from 1 p.m. until 3 p.m. on Sunday, March 15, 2020, at the Mullins Funeral Home in Radford. Memorial services will begin at 3 p.m. with Pastor Danny Newman officiating.

In lieu of flowers, contributions can be made to the Pulaski County Public Safety EMS Division/REMSI, 6580 Valley Center Dr., Fairlawn, VA 24141.