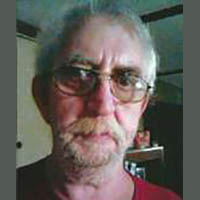 James Thomas Newton, 62, of 509 W. Main St. in Pulaski, departed this life Friday, May 29, 2015, while delivering the Southwest Times in Pulaski. He was taken to Lewis-Gale Hospital Pulaski where he was pronounced and his eyes were given that someone else might see.

“Tommy” was born in Pulaski on January 15, 1953 a son of the late Charles Raymond and Margie Lee Smith Newton. He was a veteran of the U.S. Army.

Graveside services will be conducted Tuesday, June 2, 2015, at 3:00 pm, in the Southwest Virginia Veterans Cemetery in Dublin with Pastor Eddie Kendall officiating and military honors by the Pulaski VFW and The National Guard. The Kendall Funeral Home in Pembroke is in charge of the arrangements. Online condolences may be sent by visiting kendallfuneralhome.com.