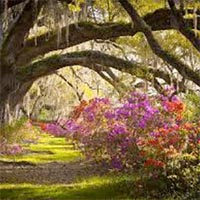 Bessie Mae Goodman Newton, age 85, passed away in her home in Pulaski, surrounded by her loving family on Friday, June 10, 2016. She was a sassy, sweet woman that was a blessing to us all, and she is dearly loved and deeply missed by many.

In her younger years she liked to ride in red wagons, drink, chase men, and break out of and back into jail. In her middle years, she became a respectable ceramics business owner; and in her later years, she developed a love for traveling… primarily to gamble. Along the way, she outlived 3 husbands, birthed seven children, was grandmother to 9, great grandmother to 11 (plus a few we can’t identify), and great-great-grandmother to 2.

A true fan of mystery and thriller style novels, Mrs. Newton has elected to donate her body to the Body Farm at the University of Tennessee for studies in forensic science. She was very pleased to have received an acceptance letter from this university. Consequently, a celebration of her life will be held in preference to a traditional service. Services to be held at 7:00 pm on Friday, June 17, 2016 at: Seagle Funeral Home.

The family asks in lieu of flowers that donations be made in memoriam to: Good Samaritan Hospice, 2408 Electric Rd. Roanoke, VA 24018 http://www.goodsamhospice.org/