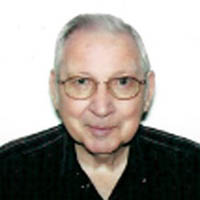 During his Navy tour of service from 1950 to 1954, he married Janet Clower, a local Floyd woman in 1952. After he was honorably discharged from the navy he attended Virginia Tech, completed his electrical engineering degree in 1957 and went on to pursue his career at Western Electric and AT&T.

Andy and Janet had three children, two girls and a boy throughout the course of the marriage, and settled in Mesquite, Texas. After Andy retired from AT&T in 1988 he and Janet traveled extensively together. Subsequently Janet became terminally ill and tragically passed in 1993.

Andy remarried in 1996 to Mary Frances Wilson-Spangler, a Floyd native, and they both settled in Floyd, Virginia where they were both active members of the Beaver Creek Church of the Brethren. Andy found great satisfaction as the sound, video, and audio engineer at the church and ultimately facilitated the video and audio installation in several other local congregations.

He is preceded in death by his older sister, Charlotte.

In lieu of Contributing flowers for the service please consider making a donation on behalf of Andy to the Floyd County Rescue Squad, The American Cancer Society, or to Beaver Creek Church of the brethren.

Few men can walk as Christians like Andy did.