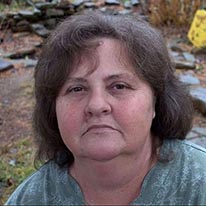 Teresa Higgs Neice, 57 of Pearisburg, VA. went to be with the Lord on Saturday, May 28, 2022, at Carilion Roanoke Memorial Hospital. Teresa was born on September 23, 1964, in Pearisburg and is a daughter of Elsie Ann Caldwell Higgs and the late Harvey Lee Higgs. Besides her father, she was preceded in death by her in-laws, Keith Edward Neice and Lena Mae Neice.

Teresa was a 1982 graduate of Giles High School and a former manager of the Clover Dew Market in Pearisburg.

A memorial service will be held on Sunday, June 5, 2022 at 5pm at 125 Curve Rd., Pearisburg, VA with Pastor Kathy Higgs officiating. Online condolences can be sent to the family at givensfuneralhome.com