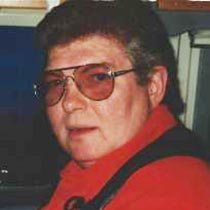 Mike was a veteran of the US Army serving as military police, had been employed as a manager in the fast food business, and attended the Pentecostal Church. He was preceded in death by his parents and a brother Roger Nance.

He leaves to cherish his memory his daughter Robin Roop and husband Ronnie of Pulaski; his sons Sammy Nance and wife Louann of Staffordsville and Michael Nance, Jr and wife Pamela of Orlando, FL; his step-daughter Ramona Sitler, his sisters Sandra Miller and husband Butch of Pulaski and Joyce Hutchins and husband Ira of Huntsville, AL; and his eight grandchildren.

Funeral services will be conducted Wednesday at 2:00 pm in the Kendall Funeral Home, 605 Snidow St., Pembroke. Pastor Dale Akers will officiate. Burial will follow in the Southwest Virginia Veterans Cemetery at Dublin. The family will receive friends at the funeral home one hour before the services. Online condolences may be sent by visiting kendallfuneralhome.com