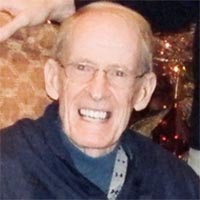 He was preceded in death by his parents, William Raymond Myers and Lilian Alice (Holtz) Myers. He is survived by his wife Sharon Lee Myers of Blacksburg who was his soulmate for more than 42 years. He is also survived by his brother Richard Myers and wife Patricia of Melbourne, FL. Ray was a loving father, father-in-law and grandfather to his Son William Raymond Myers (Billy) and wife Mindy of Cincinnati and grandchildren Brian and Lindsay, as well as to his daughter Julie Myers Grender and husband Andy of Cincinnati and grandchildren Holly, Megan and Justin.

Ray attended Stonewall Jackson High School (1955) in Charleston, WV. He received his B.S. in Chemical Engineering (1959) and PhD in Statistics (1963) from Virginia Tech.

Ray had a distinguished career as a professor in the Department of Statistics at Virginia Tech. During his 44-year tenure at Tech he received numerous teaching and research awards as well as authored more than 6 textbooks translated into many languages. However, his most proud accomplishment was the huge impact on the many students that he taught, including the more than 40 PhD students that he advised. The fact that both of his children (Billy and Julie) are statisticians with Procter & Gamble Company also provided him a sense of pride.

Ray was a fixture in the Blacksburg running scene for many years and was an inspiration for many to get involved in running. He enjoyed competing in road races even up until his late 70s. Additionally, he was an avid supporter of Virginia Tech sports.

A special thank you to caregivers Carmelita, Lindsay, Lynn, and Amy and the staff at Amedysis Hospice who helped care for Ray over the past couple years.

In Lieu of flowers contributions may be made to Raymond H Myers Statistics scholarship fund (Virginia Tech). A celebration of life will be held at a later date. Arrangements by McCoy Funeral Home, Blacksburg.