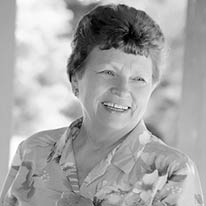 She went to Coeburn High School. After graduation, she went to Radford College to pursue Nursing. She was a devout Christian, wife, and mother. She was a deaconess and Sunday school teacher at the First Christian Church in Pearisburg. Mary was a longtime fan of Giles High School sports. She was an incredibly giving person to everyone she met. Mary never met a stranger, and anyone who met her was better for it.

While Mary’s family grieves her loss, they are choosing to remember her in a way that honors her spirit. Visitation will be held at the First United Methodist Church from 12:00 Noon to 2:00 PM on Saturday, January 22nd. The funeral service will follow.

In lieu of flowers, donations can be made to the First Christian Church of Pearisburg, 208 Fort Branch Road, Pearisburg, VA. Online condolences can be sent to the family at givensfuneralhome.com

Legacy of Love
A wife, a mother, a meme too, this is the legacy we have from you.
You TAUGHT US LOVE and how to fight, you gave us strength, you gave us might.
A stronger person would be hard to find, and in your heart, you were ALWAYS KIND.
You fought for us all in one way or another, not just as a wife not just as a mother.
For all of you gave your best, now the time has come for you to rest.
So go in peace, you’ve earned your sleep, your love in our hearts we’ll eternally keep.