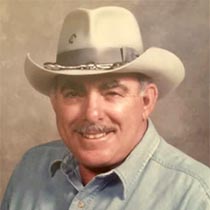 John H. Myers of Blacksburg, passed away on March 7, 2018. John was preceded by his brother, Stanley Wright, brother-in-law, Garland Proco and his only grandson, Philip Justin Carr.

John was a master electrician and high voltage cable splicer. He was proud of the jobs he did on the construction of the Virginia Tech Coliseum, Lane Stadium, Corning Glass, Motel and Restaurant at Peaks of Otter, Old Leggett’s building in Pearisburg, School Cafeterias in Eggleston, Newport and Rich Creek. He also worked on the Old Viscose Plant and Roanoke Baptist Church. He went to work at the Radford Army Ammunition Plant on June 12, 1967 in the Electric Shop and retired in 2002 after 5 years in the Power House.

John Loved his Craig County farm, his black angus cattle, his four wheel drive tractors, John Deere, Kabota and Massey Ferguson. John also loved hunting from the time he started coon and bear hunting in the late 1950’s. When he wasn’t hunting he enjoyed making deviled eggs and curing country hams. John loved to go to the Livestock markets in Narrows and Christiansburg to visit with his friends.