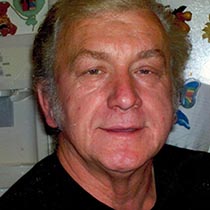 Virgil Roy Murphy 68, of Dublin, took his last breath on this earth December 30, 2017 and joined his beloved bride, Sandra Kay Murphy in Heaven. He was Born on February 17, 1949 in Minden, WV, and was the son of Mary Murphy and the late Boyd Murphy. In addition to his wife Sandra and his father he was preceded in death by his brother Boyd Murphy Jr., and brother- in-law, Edward M. Rowe. Those left behind to cherish his memory include his daughters Terri L. Carter and Tammy K. Murphy. Grandchildren Matthew Murphy, Justin Murphy, Scott Carter Jr., Cassandra, Allison, Chyanne Banks and 8 great-grandchildren: Mother, Mary Murphy: sisters Linda (Norman) Bowling, Lana Rowe, Barbara (Keith) Cordial, Kathy White, Lisa Propps and 31 nieces and nephews. Funeral services will be held Friday, January 5, 2017 at 2:00 p.m. at Seagle Funeral Home. Visiting will be on Friday from 1:00 p.m. until 2:00 p.m. Military graveside services will be postponed until Monday, January 8, 2018 at the Southwest Virginia Veterans Cemetery, due to Friday’s extreme weather. Online condolences may be sent to the family by visiting www.seaglefuneralhome.com Arrangements by Seagle Funeral Home, Pulaski.