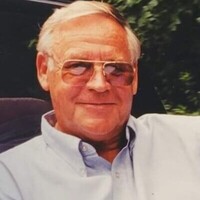 Raymond Lewis Murphy, age 92 of Draper passed away Wednesday, August 25, 2021 at the Highland Ridge Rehab Center. Born in Pulaski, he was the son of the late Raymond Murphy and Laura Shepherd Murphy. He was also preceded in death by his wife, Joyce Fortner Murphy in 2018; one Sister, Betty Murphy Stowers and her husband, Albert; a brother, Bobby Murphy and brother-in-law, Walter Chrisley, Jr.

He was a veteran of the United States Army. He retired from the former Mayberry Buick car dealership as a service manager with over 47 years of service.

To sign his online guestbook, visit www.bowerfuneralhome.com – Bower Funeral Home, Pulaski is handling the arrangements for the family.