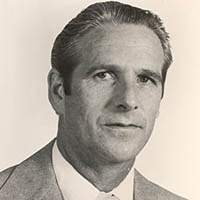 In addition to raising a family with his wife, Frank served his community as a town councilman in Manassas Park during the early 1970’s, eventually becoming the first mayor of the City of Manassas Park. He was actively involved with the Boy Scouts of America and was awarded the illustrious Silver Beaver award. Additionally, he loved to spend time hunting as well as being an avid fisherman.