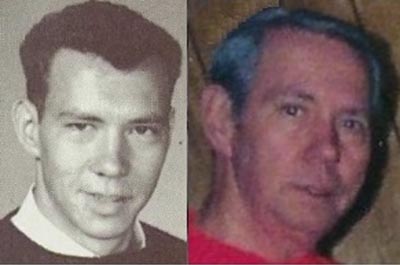 Stan was born in 1941 to parents John Audrey and Mossie (Cooper) Murdock. He was of humble heritage and spent his youth on the banks of the New River fishing and rabbit hunting. His love for fishing became a life-long passion that he would pass on and share with his son. In school, he enjoyed all sports. He ran track and played football and baseball. He continued playing baseball locally even after high school. After graduating from Radford High School, he later obtained an Associate degree from New River Community College.

Stanley proudly served his country in the Army from 1965-1967 in Vietnam. After his honorable discharge, he returned to Radford and began working for Inland Motor Corporation (aka Kollmorgen/Danaher) where he continued working for the next 40 years until his retirement.

Stanley married Diane Marie Rupe in 1969 in Christiansburg, Virginia. They were married for twenty-four years and had two children together.

Stanley was a previous member of Gethsemane Baptist Church and Belspring Baptist Church. He was unable to attend regular services towards the latter part of his life but thoroughly enjoyed the bible teachings of Les Feldick and strived in earnest to learn and live by God’s word.

Stanley is survived by his daughter Sherrie, son-in-law Tom, grandson Tyler John, three nephews and one great-niece. He was preceded in death by his beloved son, John Tasker Murdock, both of his parents, sisters Shirley M. Mabry of Dublin Virginia and Nancy C. Duncan of Christiansburg Virginia, and brother James Russell Murdock (who passed in infancy).

Stanley was laid to rest after a private service in the West View Cemetery in Radford Virginia. Mullins Funeral Home handled the arrangements and service. The family would like to sincerely thank the friends, neighbors, members of the community and local businesses of Radford who knew Stanley and helped him along life’s journey. It is, without a doubt, through your friendship’s and caring that allowed Stanley to continue to reside and thrive within the hometown he so deeply cherished.

Stan dedicated his life to the support, maintenance, and love of his family. Surely, the world is a more solemn place without him in it, but it should only serve to remind us that this earth is not our home, and that we shall see our loved ones in Christ again.